Kapamilya stars spread the love and magic at EK

On the weekend of April 14, ABS-CBN officially kicked off the summer season by releasing their new station ID with the theme “Just Love Araw-Araw” during their noontime show “It’s Showtime!,” in continuation of their last year’s Christmas campaign on spreading love.

The Kapamilya stars showed many ways to give love, care, service, and importance towards oneself, loved ones, the Filipino community, and the country’s beautiful history and rich culture.

In their mission to spread love, ABS-CBN reached out to Justin, the seven-year-old boy from Sorsogon, who became a social media sensation after a picture of him cradling his baby brother while doing schoolwork went viral on the Internet. The Grade 1 student’s responsibility and maturity caught the attention and stole the hearts of the netizens, as they wished him success in the future.

The Kapamilya network went the extra mile and gifted Justin and the rest of the DZMM AM radio station scholars and their parents a magical day at Enchanted Kingdom. They spent a fun time together with Sharon Cuneta, Angelica Panganiban, the cast of Banana Sundae, Araw at Gabi, Since I Found You, and ASAP, along with the powerful loveteam of Julia Barretto and Joshua Garcia.

They created new memories of enjoying the rides and attractions and sharing delicious meals. This adventure-filled, enchanting day brought happy tears to Justin’s mother’s eyes as she recalled the happiness she saw in her son’s eyes when he rode his favorite and most looked-forward-to ride, the Grand Carousel. The time they spent and laughter they shared will forever be ingrained in their hearts, just like the magic of love Eldar showered upon them.

Watch the clip above to learn more about Justin’s story and see how the Kapamilya stars spread their love at Enchanted Kingdom and all over the country! 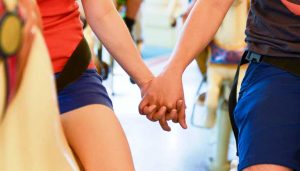 Enchanted Kingdom is all about providing magical experiences and now that we’re on the month of February, allow us show you how to celebrate the 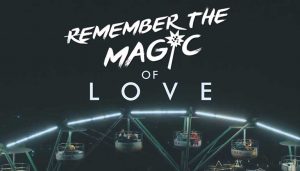